A Chat with Terence Fogarty 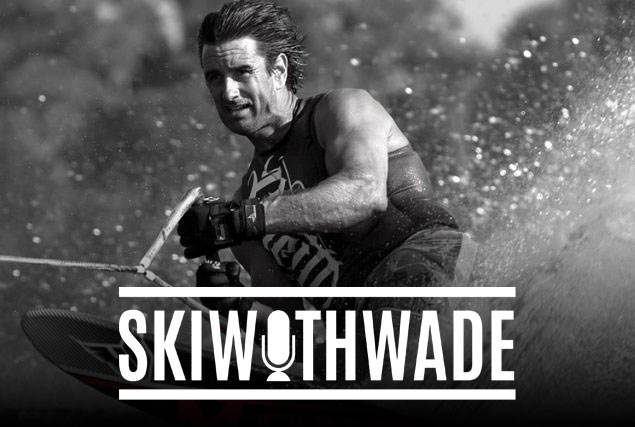 A Chat with Terence Fogarty

This episode of Ski with Wade features Terence Fogarty, a pro-level water skier who wears many hats. Fogarty’s Lake Flower Marina is home not only to great ski and wake surf offerings, but also the stellar H2OProShop – a watersports company started by water skiers, run by water skiers and made for water skiers. Enjoy a conversation that touches on everything from the benefits of cross-training between water and snow skiing to the groundbreaking hard-shell bindings that have taken ski tech up a notch. We also welcome to the chat an old friend, John Wilkins, who is a regular fixture in western New York each summer in addition to serving as an all-around Maître d’ the rest of the year at La Point Ski Park in Florida.

What’s amazing is that even after all these years, there’s always more to learn and consider about the sport of water skiing. This week I welcome to my podcast, Ski with Wade, a guy who has taken his love for skiing (water and snow) and turned it into a source of innovation and inspiration. Terence Fogarty, who bought Fogarty’s Lake Flower Marina in Saranac, New York, some 20 years ago, shares thoughts on how practicing turns out on a mountain in the winter can translate into significantly improved times on the water ski slalom course next summer. It’s fascinating to think about this interesting form of cross-training (not totally unlike my own experiment using a mountain bike as a training vehicle).

The ultimate multi-tasker, Terence can be found juggling a variety of things on any given day. He’s an engineer and businessman, not to mention father of five. You can find him either water or snow skiing, depending on the season. And he’s perennially busy running his businesses (which include not only the marina but also his interest in the ice cream company his brother predominantly runs). Our chat also covers the innovative hard-shell binding technology that Terence developed along with and his creative partner, Water Ski Hall of Famer Jennifer Leachman-LaPoint. It’s no surprise that some of the most award-winning skiers out there today have adopted their water ski innovation. And of course it’s no small thing keeping up as the engaged father of a whole crew of athletically gifted offspring who are making their names in national sports competitions.

We wrap up with a quick visit from my old friend, John Wilkins, who migrates north to ski Lake Placid in upstate New York every summer. Otherwise, you’ll find him staying busy as a key team member down at LaPoint Ski Park in Florida. These two guys are part of a talented pocket of slalom culture activity up in the western New York region. There’s a reason why greats like Jamie Beauchesne and Chris Rossi are fans of the area. Come on out to Fogarty’s Lake Flower Marina in Saranac, New York, and see for yourself why it’s so special.

“When we bought the marina I wasn’t a big pontoon guy. I knew we had to sell them … (but) my tune on pontoon boats has changed. I’m not going to run a slalom course with one but everything else they do very well!” (3:20)

“I was never into wake boarding and kind of missed out on a lot of the higher-end sales because of that, but we’ve gotten really into the wake surfing and are developing that culture up here.” (5:47)

“For me, cross-training translated really well. Taking my snow ski turn and being able to make it work on the water like it did in the winter time – and the (hard shell) bindings certainly helped with that.” (6:25)

“(Hard shells) have been really successful. You saw a lot of high scores comparatively on them and now it’s more the norm and more accepted.” (9:16 )

“Where the improvement lies, where I’m going with this release system, is from a performance and flexibility ski perspective to how the binding releases.” (9:22)

“It’s a scary sport going from 60 to zero, no matter what you’re on, but (these bindings) are much more releasable than anything else that’s out there. I’m really excited about it. The hard part is getting to the finish line while I’m trying to still snow ski, ski and run a few businesses.” (9:30)

Fogarty’s Lake Flower Marina in Saranac Lake, NY, and H2OProShop (the full complement of gear for anything you’ll need on the lake).