A Chat with Rob HAzelwood, AKA “Handsome Rob” 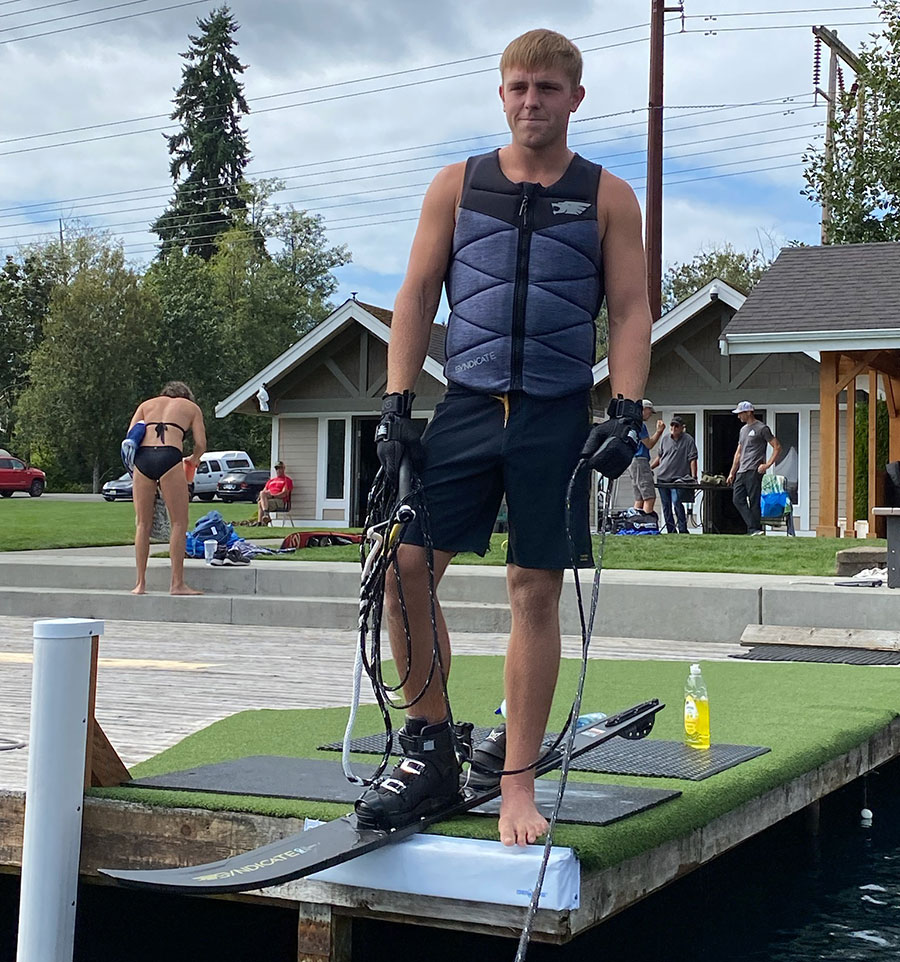 A Chat with Rob HAzelwood, AKA “Handsome Rob”

This episode of Ski with Wade features a young man who is not only a stand-out athlete but also a remarkably poised spokesman for a serious disease that hasn’t slowed him down in the slightest: Type 1 Diabetes. Rob Hazelwood – aka “Handsome Rob” – is a 22-year-old dynamo, which comes as no surprise given his lineage. This conversation features reflections on Rob’s prominent British water ski family dynasty as well as his steady progression through the top ranks of the sport. He has also started doing some coaching videos good enough to hold Wade’s attention and answers questions about peak career moments and goals on the horizon.

Rob Hazelwood – aka “Handsome Rob” – was diagnosed with Type 1 Diabetes on the eve of British nationals when he was just 13 years old – and definitely wasn’t happy about it. As a promising young water ski champ who would go on to hold a trifecta of U12, U17 and U21 British records, he thought life would be a drag. Turns out, not only is his diabetes totally manageable, he’s also in a club of majorly talented pro athletes who have the same autoimmune disease. It’s not slowing him down a bit! In fact, he has used diabetes as an opportunity for sharing support, information and encouragement. Great to see!

It was also great to hear from Rob about his career goals and peak moments so far. The product of a legendary British water ski family, Rob’s carrying a heavy-duty legacy that includes pro skiers Will and Tom Asher (his cousins) and ski legend Mike Hazelwood (his uncle). On the water by the age of two, Rob started competing at the age of 10 and has taken advantage of every opportunity since – both in the U.S. and around the world. In quick succession he became the U12 and U17 and U21 British slalom record holder.

Most recently, Rob says maybe his best moment ever was battling to become a Masters Last Chance Qualifier for the U.S. Masters in 2021 – a kind of graduation into the “big boy” ranks that earned him the right to compete in the world’s toughest competition. We talked about other career highlights, like his showing at the 2021 Swiss Pro Competition and ongoing friendly back-and-forth with fellow English water ski competitor Joel Poland. “He has made me trick. I would have been nowhere near be the tricker I was without Joel,” jokes Rob. “I hated tricks and then he showed up and I thought, ‘Man, I’m going to have to trick!’ ”

It was fun hearing about Rob’s short- and long-term goals (Hint: the number 3@41 figure in) and finding out with a multi-part quiz about his knowledge of the traditional English breakfast. He knows his bacon from his scones! This young skier is just ramping up with a promising career ahead – one he doesn’t believe will reach its peak until he’s in his early 30s. In the meanwhile, it’s all skiing all the time, wherever and whenever he can! With supportive parents, a family with water ski greatness in its blood and a talent of his own for coaching already evident, the future looks bright for Handsome Rob!

Rob has some great coaching insights to offer. Check out the videos on his YouTube Channel!

Click here to learn more about Wileys, a provider of top-of-the-line water sports gear both online and live in Seattle. Thanks for sponsoring the show!

And you can also check out my gear and much more at the Ski With Wade Website!

“(Diabetes) is a scary disease. You can inject three units too much and be dead on the floor. It can be a bit overwhelming … but it’s not a big problem. It’s just a ton more effort.”

“As I want to be a pro skier, best in the world, you look at a lot of people’s careers and they’re built off 3@41s and being consistent there.”

“I think skiing is an experience game … Every year you learn and gain from experience.”

“I never got over-coached and I wasn’t under-coached. I had knowledge there when I needed it, just pushing me along the right path.”