A Chat with Manon Costard and Freddie Winter 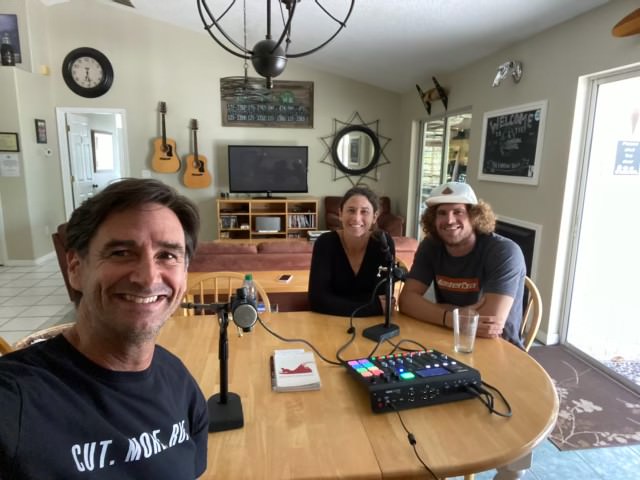 A Chat with Manon Costard and Freddie Winter

We’re going continental with this episode of Ski with Wade, featuring two young water ski rock stars who have formed their own European union. Manon Costard, who is French, and Freddie Winter, who is British, have between them a big pile of medals, so it’s really fun to find out how they got to the pinnacle from their hometown lakes. This powerhouse couple has known each other since they were just starting out in the water ski world, but it was in at the University of Louisiana at Monroe that they deepened their connection. You’ll love the banter plus the goals and memories these multi-championship medal winners share with Wade, who throws in some great stories of his own.

Once I was past my prime and no longer out on the tour, the pressure was off and suddenly I could just sit back and become the massive waterski fan that I am today. And two of the brightest lights out there were guests recently on my podcast. We’re talking water ski royalty! Manon Costard is the reigning Women’s World Champion and her significant other (king to her queen) is Freddie Winter, who owns multiple titles of his own.

It was fun learning a little about Manon’s interesting background. She was born in the south of France and started waterskiing at the age of two – becoming a champion at the age of ten. She has loved traveling the world, discovering new places and cultures and – not incidentally – racking up a whole lot of medals, including 23 gold medals from European Championships, 2 gold medals from World Championships,1 Olympic medal (Mediterranean Games 2013), and two been Collegiate Athlete of the year awards. Her dad, a ski enthusiast, put her on the water early and the bug bit this talented skier for sure.

Freddie’s parents also played a big role. Growing up in Great Britain, he had no choice but to tag along with them on the weekends. Soon enough, he discovered his own passion for the sport. He shares memories of his first competitions, including an early one through which we first got connected when he was just 14 years old. The next time I saw him? A foot taller and a grown man!

The couple first met in 2003 at a pre-junior tournament and cemented their bond while both were studying for college degrees at the University of Louisiana at Monroe. They seem to have done fine, but I might not have been able to do much studying if I had to choose between hitting the books and the lake at that gorgeous campus!

It was fun to talk about tricks and jumps and how they fit into a well-rounded program as well as some of the greats who inspired Manon and Freddie when they were kids coming up. They share some of their earliest experiences on the road. Talking about Europe brought back some amazing memories for me of my first trip over and how special it was.

I couldn’t wrap up this interview without finding out what this powerhouse couple sees on the horizon. It’s interesting to hear about their priorities, hopes and ambitions. Freddie has a modest little goal: Just to win them all! He’s gunning especially for World’s, which is right within reach. These two are striving to give water skiing their all, but it’s important not to let the pressure get the better of you. They both talk about their ways of keeping stress at bay.

We wrapped up with a fun little round of rapid-fire questions from my producer Lisa. They scored well and there were a couple of big reveals, like the fact that despite her French heritage Manon has never eaten a snail (and did you know that a staggering 11.2 million glasses of wine are consumed in France each year?). Meanwhile, Freddie has 007’s number and a little British history to add as a bonus.

I couldn’t wrap up without giving a big shout-out to our sponsor, the folks at TWBC – The Waterski Broadcasting Company – for all their amazing work out on the water. With their slo-mos and instant replay, they’re giving us invaluable eyes on what’s happening on the course.

“I grew up on a lake where I would look around, just enjoy the view and have fun on the water. I wasn’t necessarily super, super hardcore skiing all the time.” (Manon)

“If you’re singing while you ski, that’s a really good sign. It means you’re relaxed and chill!” (Wade)

“I looked up to (French skiers) because I knew them and could be there when they competed. I had a connection with them.” (Manon)

“I always say you have to try all three disciplines because you don’t really know how you’re going to turn out once you get to your peak (as a skier).” (Manon)

“I want to win all the tournaments. I want to catch up with (Manon)!” (Freddie)

“If you think you can get better, there’s a good chance you can.” (Wade)

“The psychology of water skiing when it becomes your whole life, which is what it has become for me … you’ve got to roll with it and not get so stressed out by the fact that tournaments are sudden death.” (Freddie)