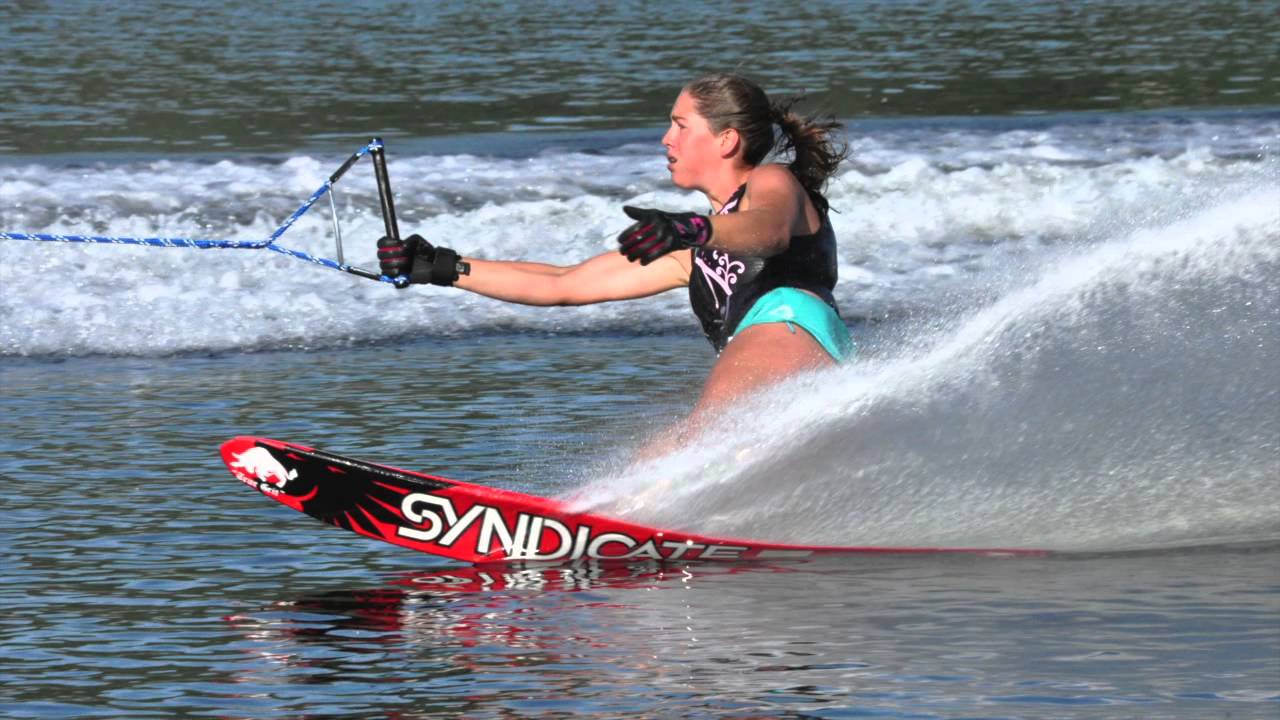 On this episode of the Ski With Wade podcast, Wade talks with one of his favorite championship-caliber slalom skiers: Jaimee Bull. Jaimee is a member of Wade’s own HO Sports syndicate, and she brings the heat!

A young star, Jaimee was competing in nationals by age 9. She brings a unique character to the team, and we love having her. Jaimee tells us about how she got into skiing in the first place, as well as some major sporting moments along the way. She’s also a mechanical engineering major at University of Louisiana at Lafayette. Do not miss this episode if you want to hear it straight from one of the best in the game!

This episode of the Ski With Wade podcast is a fun one. Jaimee tells the story of how her parents were introduced to tournament skiing when her older brother Jarett showed promise at a tournament as a young gun. By the time Jaimee was skiing, Jarett was good enough to show her the ropes. What an awesome way to jump in. She got up and was on skis when she was two—two!—at the Ontario Summer Games. Not long after, she hit her first tournament at age six. Insane.

I tell Jaimee about how the nerves will really bite you, but at the weirdest times. I tend to feel the worst ones at nationals, but not at Masters! And you’ll see a bigger crowd at Moomba than at World Masters—it’s just goosebumps to do a good run there.

By 2013, Jaimee was at Jack Travers’ school. With seven nationals under her belt, she points to her training there as even more substantial (and more of a learning curve) than even competing at the national level. She joined mainly as a result of her brother being on the team, but she says that her relationship and skill has just grown as a result. We are just stoked to have Jaimee on our team at HO Sports, and hearing her talk about it this way just chokes me up. I was only able to learn to coach by hanging out with some of the best skiers in the world. I was able to build trust with these dudes and glean some of their absolutely insane talent.

Jaimee is also humble enough not to mention (I brought it up for her) that she is the reigning and two-time defending national collegiate champion, which is obviously no small feat. She’s only a junior at University of Louisiana at Lafayette (majoring in mechanical engineering), but is skiing at the top of her game. It just speaks to her character more that she’s smashing these calculus and physics courses like it’s nothing.

“I was more nervous for my first pass at the nationals.”

“One ski is not going to work for everyone.”

“I don’t think I’d be as good a skier if it weren’t for my playing lots of other sports.”