A Chat with Eleisha Nelson 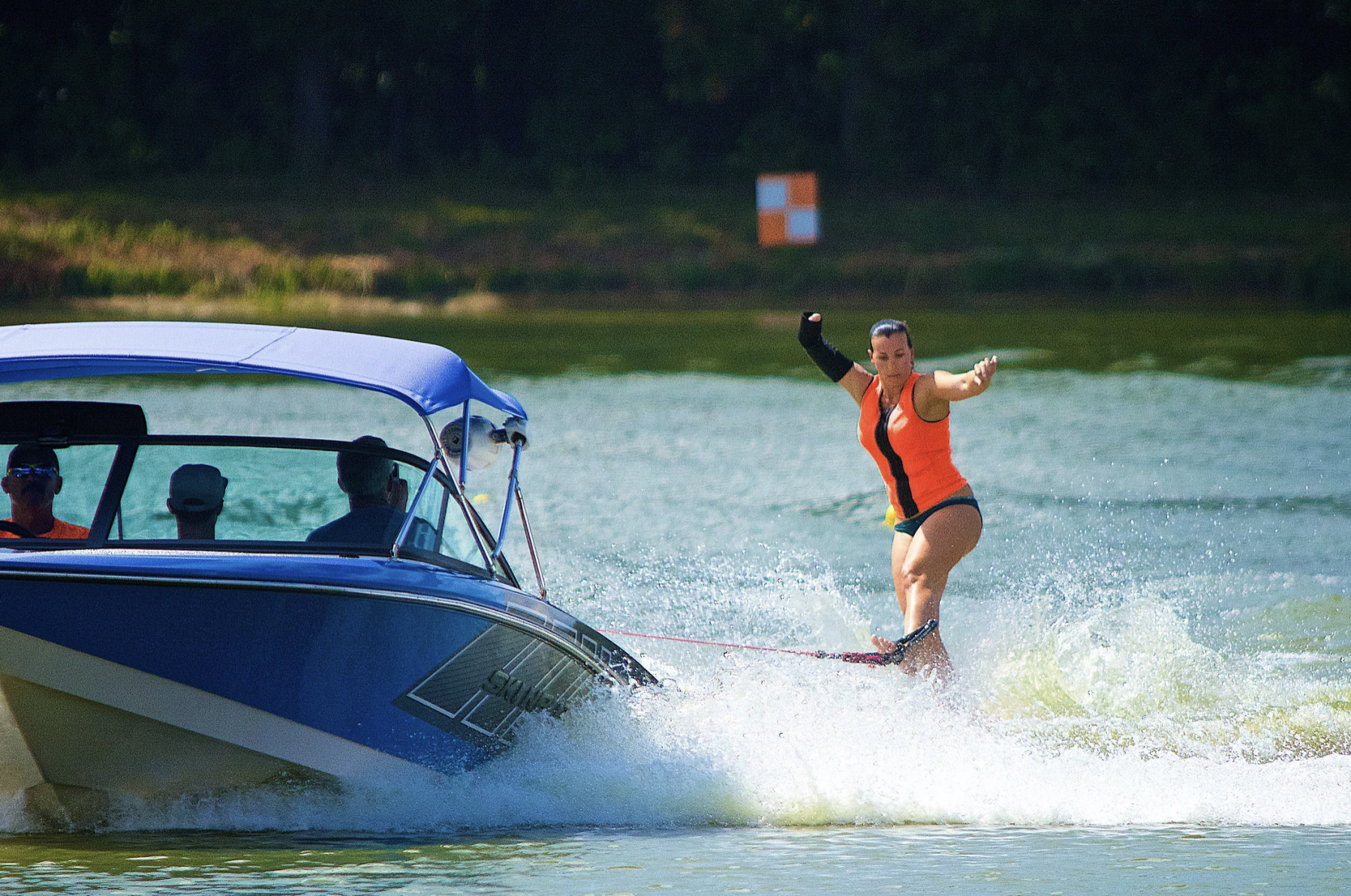 A Chat with Eleisha Nelson

In this episode of The Ski with Wade Podcast, we meet one of greats in the world of adaptive water skiing. Eleisha Nelson came back from a 35-year break to find joy on the water and celebrate championship performances around the world. Learn how she came to competition, what it takes and the excitement she feels about how her world has been transformed since she decided to get back on the water just four years ago. Enjoy this episode, one of Wade’s most anticipated!

I’ve gotta be honest: My interview with adaptive ski champion Eleisha Nelson has been one of my most anticipated ever. I was so excited to talk to this amazing woman, who has not only succeeded beyond her wildest dreams in global competition but has also transformed her life beyond anything she could have imagined. It was only about four years ago that Eleisha was feeling kind of like, “Is this it?” She’d done well in school, launched a great career as an X-ray technician, had a wonderful husband and kids … but something was missing. When she thought back on her childhood and what made her smile the biggest, it was memories of being out on the lake, the wind whipping through her hair.

The fact that Eleisha was born with the lower part of her right arm missing wasn’t stopping her parents from getting her into the water while on vacations. Before long, by only the age of nine, she was slaloming and loving it! Fortunately, when she decided to get back to the sport in her mid-30s, the muscle memory was there. She has gone on to blow away competition on courses around the world. She has also trained in Dallas with incredible Olympic para-athletes and a coaching staff that has strengthened her mind and built up her physical capabilities.

Adaptive water skiing is a three-event competition specifically designed for skiers who are not fully “able,” meaning they have a physical challenge of one kind or another. In Eleisha’s case it requires a huge amount of upper body strength, skill, technique and precision. She has adapted her technique to use a portion of her upper right arm to wrap around a strap that pulls her behind the powerboat – without prosthetic assistance of any kind.

Named 2020 Female Athlete of the Year by USA Water Ski & Wake Sports, Eleisha has been training hard to take on jump competition and this year will be competing for the first time at Regionals, taking on fully able-bodied skiers and giving them a run for their money.

You’ll be inspired by this fun conversation with Eleisha, who has that rare combo of resilience, inspiration and a team of loved ones behind her, helping to drive her on to ever greater things. See you at Nationals, Eleisha!

A note to anyone still waiting on merchandise, there have been some delays with fulfilling orders. Please shoot Wade an email at: skiwithwade@gmail.com.

“My goal this year is to do things that are not just beating my own adaptive records, but also those of people who ski with two hands.”

“I basically got in the water, my parents threw me a rope and said, ‘Hold on!’”

“I realized I was going to work and die and if I died tomorrow would I be fulfilled?”

“You think, ‘Okay! What’s going to make you happy.’ But even as adults we don’t know sometimes. You just have to think about it. I went back to early, early childhood.”

“I just kind of slowly started chipping away at the course, one ball at a time, getting some form down.”

“I’m learning as a skier that it’s mental; being a water skier is all about your mind and not letting people get into your mind.”

“I’m blown away. I never expected everything that happened to me this year.”

“Four years ago, when I was getting back up on that slalom ski, just trying to be happy, I never thought that four years later I’d be here on a podcast, hanging out … and having a great time. It’s more than I could have ever expected.”

“I’ll be competing (at Regionals) on a whole other level, with skiers with two arms, and hopefully making it to Nationals.”

“I fly home and then I’ve got to make up work at the children’s hospital, so I’ll be working if I’m not skiing.”