A Chat with Thomas Degasperi 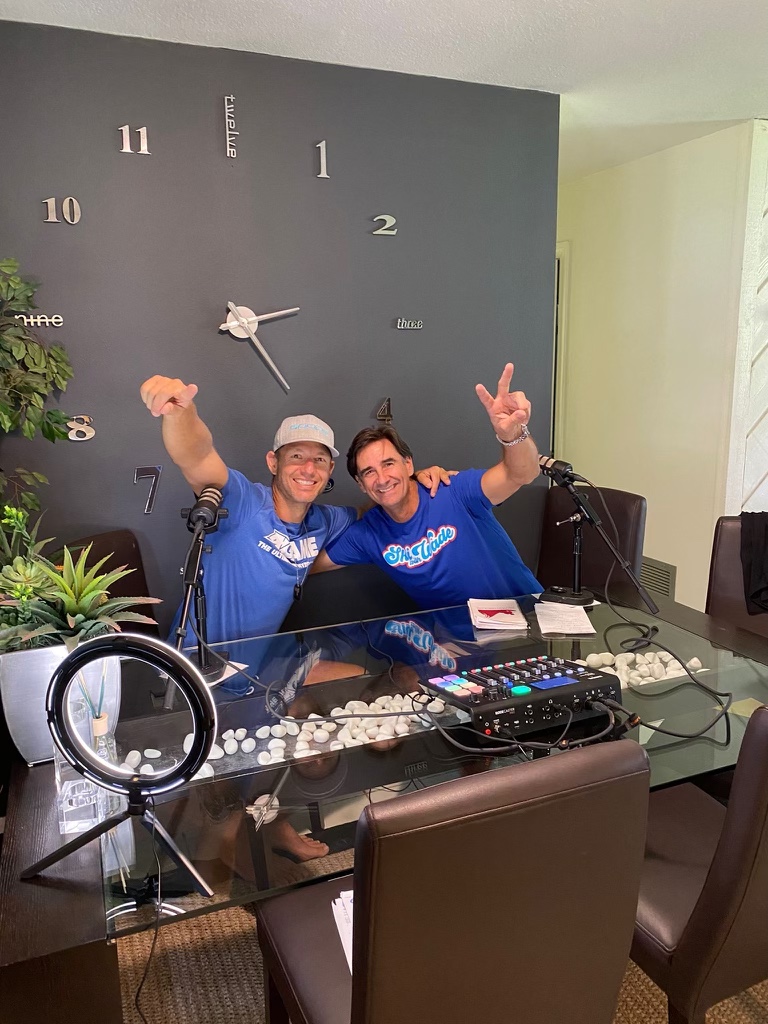 A Chat with Thomas Degasperi

After listening to this episode of The Ski with Wade Podcast you’ll know why the secret to greatness – on water skis or in any other facet of life – is simply this: Do the drills! Host Wade Cox is sharing the very specific routines and techniques he has developed to help water skiers of all ages improve their speeds, swing and fun on the water. He talks with a group of his up-and-coming students, who share the skills they’re working on and some of the overlap between what they’re learning on the lake and what they do in school and while competing in other sports. You’ll also hear lots of shout outs to all the people who have shaped Wade’s coaching philosophy as well as venues and support for his busy Ski With Wade Tour and clinics, happening all the time around the U.S. and beyond!

Wow. It really took me back to sit down with my old friend Thomas Degasperi, a class act who started water skiing at five years old and has pretty much been setting the standard ever since!

Born in Trento, Italy, Thomas was raised by a supportive family and of course heavily influenced by his dad, a well-known coach and owner of a water ski school in northern Italy. Having parents like Thomas’s – who have supported his dreams from an early age – makes such a difference and in this case pretty much birthed a legend. At 15, Thomas won his first medal at the European Championships and after that there was no looking back.

Along with winning two World Championships, eight European Championships and multiple Moomba, Malibu Open and Masters titles, Thomas has made a phenomenal 60 appearances on the podium at events of all kinds. He also helped ignite epic rivalries on the collegiate scene, attending the University of Louisiana at Monroe as part of the waterski team and obtaining his bachelor’s degree in marketing. In my day, a lot of skiers who medaled nationally and internationally skipped college and went straight to the pros, but Thomas and his posse of young collegiate competitors changed the playing field in many ways.

It was so much fun to remember crossing paths back in Europe, competing and hanging out, watching World Cup soccer and even taking in historic D-Day beaches together. Back then Thomas was more or less starting out and saw me (just about ready to hang up my spurs at that point) as a “legend,” which is humbling It was good times! More recently we’ve both been avid fans of Ski Paradise, a fantastic venue based in Acapulco that we’ve frequented maybe 20 times each over the years, making new friends and cementing longtime relationships that make the sport of water skiing so special.

Thomas may be humble, but he can’t hide his good looks or charisma. In addition to running his own ski school in Orlando, Florida, he is also a well-known pop figure in his native Italy, where he has been a contestant on the popular reality TV show Dancing with the Stars. In the U.S. he has been on a national TV commercial to promote 5 Hour Energy. Just a great guy with a great attitude towards life! Want to keep up with Thomas? Follow him here: TGas@Instagram

I’ve got a bunch of new merch and lots going on as far as upcoming clinics and tour dates, so click here to get in the loop!

And click here to check out previous episodes of Ski With Wade.

“It’s cool. It keeps me young. It keeps me going. There’s still pressure but it’s less pressure than, let’s say, 10 years ago.” -Thomas

“Actually one of the first times I met (Wade) – a legend to me – and my dad remembered all these water ski magazines in Italy … Everyone knew Wade as a big name!” -Thomas

“That’s the cool thing about our sport. You don’t get to hang out and meet with the pros in many other sports … You were my idol. You’ve always been my idol!” -Thomas

The one-of-a-kind fixture out on Lake Geneva in Wisconsin: Gordy’s Marine.